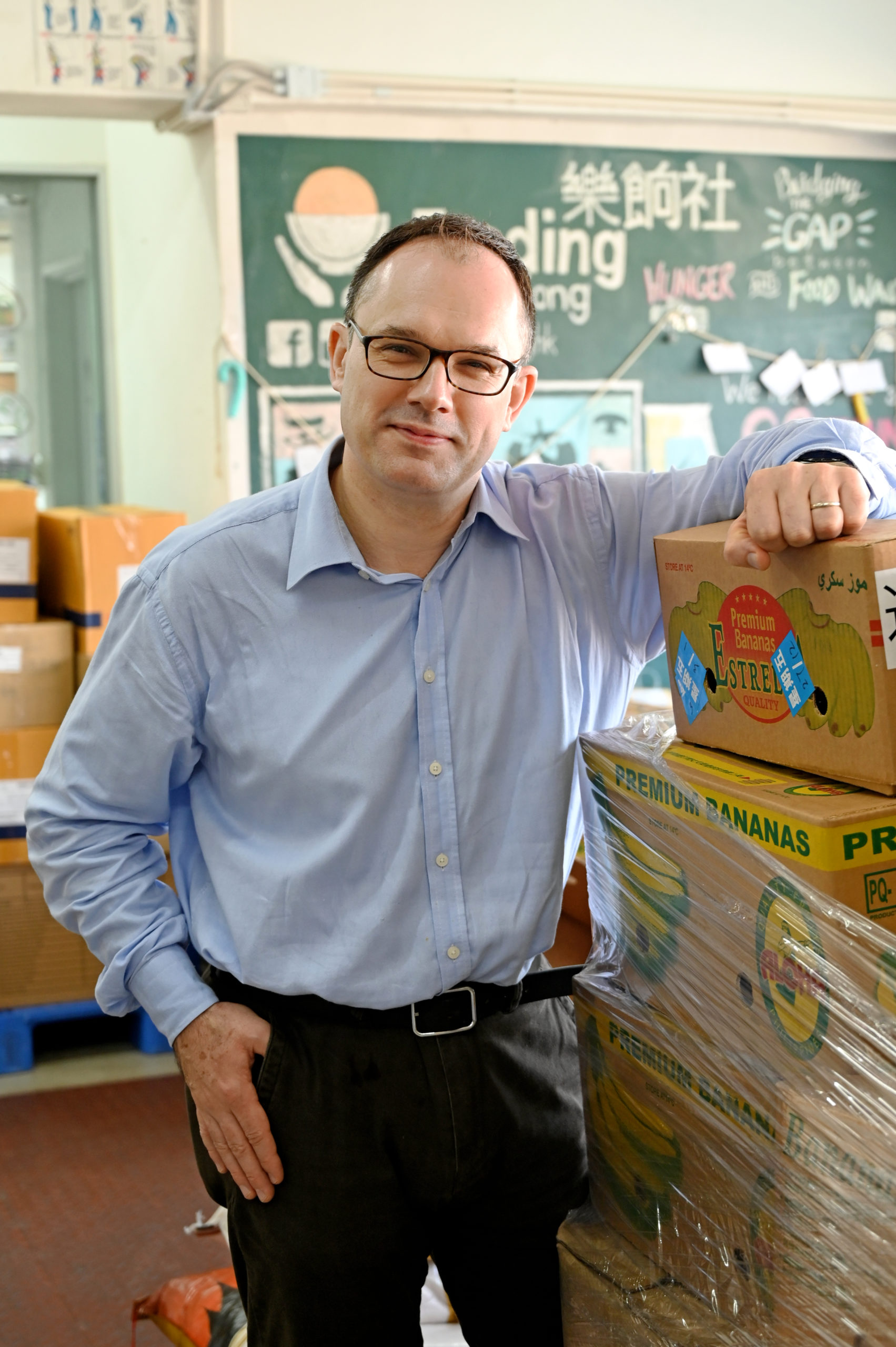 Thomas joined Feeding Hong Kong in August 2019 as Food Sourcing Manager. He spends a significant amount of his time developing relationships with Hong Kong’s food industry, a job that continues to inspire him greatly and gives him a sense of purpose in both his work and his life.

Originally from Switzerland, Thomas started out as a Chef’s Apprenticeship at the young age of 15. Following the compulsory army service, where he served as a Chef, he decided to study hotel management at L’École Hôtelière de Lausanne in Switzerland.

After graduation, he gained wide experience in various junior food and beverage roles in Europe. With this experience, he afterwards ventured into hospitality sales and marketing in Europe and Asia, then he moved to Hong Kong in 2005. After almost a decade as a successful entrepreneur, he made the decision to dedicate more of his time to helping those in need as a volunteer, a move that also led him into meeting his wife Jean. Thomas is very thankful to be able to serve the community and do his part to bridge the gap between food and hunger in Hong Kong.

Outside of work, Thomas’s hobbies include relaxing to Classical Music, enjoying the pleasures of contemporary art and architecture, as well as travelling to new places.